By: Manish Shankar and Yoshita Arora

Future of Rural Prosperity: India in 2050 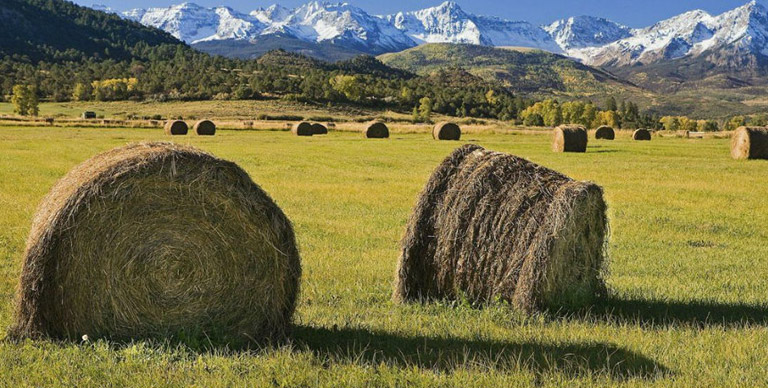 “Imagination is the only weapon in the war against reality.” ― Lewis Carroll, Alice in Wonderland

In 2050 we can visualize a large population enjoying an amazing quality of life with access to such services and privileges as are not accessible even to the urban middle class of today. Higher income levels, universal access to quality education, healthcare, safe drinking water and sanitation services shall characterize rural India in 2050. Women’s participation levels in India’s workforce shall be rivaling that of the men with all discrimination based on region, caste, community, ethnicity, gender, age and disabilities being minimized. The optimism for future stems not only owing to the rate at which the technology is evolving and is being adopted by the masses but also owing to the changing attitudes of the new generation towards “holistic development for all”.

Demographically a large proportion of population may migrate to urban India by 2050; however about 850 million people will continue to reside in rural India.

Despite a view that India is rapidly urbanizing, it will have just half of its population in cities even in 2050. By 2050, India will still be one of the least urbanized countries in the world. It’s likely that the simplicity of life, improvement of income levels and availability of basic services may significantly improve the quality of rural life in India.

Farm and non-farm rural households are likely to improve their incomes and reduce their vulnerabilities significantly by 2050.

However in 2050 rural India is likely to have significantly higher incomes. This will largely be driven by a quantum leap in the cropping intensity, riding on almost all the arable land coming under irrigation. For instance, the gross irrigated area is expected to increase from 76 million hectare in 2000 to 117 million hectares by 2050. Besides, the vulnerabilities arising out of climate change will have become a non-issue with universalization of crop insurance across rural India. The core value chains will have completely integrated vertically, performing at the highest level of efficiency, aided by world class infrastructure, resulting in smooth access to markets. Non-farming rural households too shall be experiencing buoyancy in their incomes aided by a burgeoning demand for services and non-farm goods. The rural population shall have access to social security owing to the entire workforce being a part of the formal sector and high level of financial inclusion among the rural population leading to access to life insurance, health insurance, insurance cover against accidents, pension services and credit for both consumption and production purposes. The expected increase in per capita income for India to over INR 26 lakhs (USD 40,000) will also reflect in rural incomes.

Access to primary and secondary healthcare services in vicinity supported by technology and improved infrastructure.

Unfortunately, despite being low-income most of the rural population still pays a higher cost for basic services or makes do with sub-optimal quality solutions. For instance, WHO has prescribed a 1:1000 doctor patient ratio, but this ratio in India is about 1:2000. Rural India has one-fourth the doctors as compared to urban areas. However the need for the government to attain the Sustainable Development Goals, likely improvements in healthcare infrastructure and proliferation of technology enabled solutions will bring about a paradigm shift in the quality of healthcare services in rural India by 2050. We believe that the population will be well connected digitally with primary and secondary healthcare services being made available within one’s premises or in an easily accessible health care center. It is likely that telemedicine will have struck deep roots with the capability of running diagnostic tests remotely with many of the generic drugs being made available to the patients through 3D printing in the remotest of the rural areas by 2050. The average life expectancy will have increased by at least 15 years rivaling that of the European nations with infant mortality rates and maternal mortality rates being reduced to the extent of being insignificant.

Relevant and individual focused education system to improve quality of education and employability.

As per the NSSO, literacy rate in rural areas was 71% in 2014, compared to 86% in urban areas. Lack of quality ecosystem- in terms of infrastructure, teachers and relevant content has led to this gap. Teacher-student ratio in rural schools is abysmally low today, with each class fitting in about 100 students of different age groups. The Annual Status of Education report 2014 highlighted that barely 47% of grade-5 school children could read a grade-2 textbook. However, India will have achieved universal primary education goal much ahead of 2050. By 2050, education at all levels will be radically different from today with a far-reaching shift from currently run education factories to individual education aimed at meeting the goals and aspirations of individuals. It would use models such as school in a box, online classes to ensure access to best quality education in the remotest areas. One major shift would be the wide range of subjects being made available to the students to choose from even in rural areas. Further, higher education would be characterized by an array of domains requiring super specialization. One can also expect a near equal emphasis on science, arts and humanities as each of these streams shall be offering equally lucrative opportunities to their students.

Improved awareness levels and availability of infrastructure will ensure that universal access to safe drinking water and sanitation services shall be achieved in rural India well ahead of 2050.

About 63.4 million people in rural India are living without access to safe drinking water. As per the statistics shared by ministry of drinking water and sanitation, in 2017 only 26.9 million out of 167.8 million households in rural India have access to piped water supply. On the sanitation front, 55% of rural India already has access to toilets. However, given that only about 1.5 lakh of over 6 lakh villages have been declared open defecation free by 2014, it’ll take a few years before universal access to sanitation is achieved. Riding on huge government investments in social infrastructure, spurred by strong demand from the rural voters and based on the proliferation of models that work at the grass root level, India will have achieved universal access to safe drinking water and toilets much ahead of 2050; so much so that these shall become non-issues long before 2050.

Women empowerment will play a critical role in inclusive development of India by 2050.

Despite some of the top notch positions being held by women as CEOs and senior officialdoms, it remains a relatively unfair depiction of the real picture. As per 2011 census about 65% of the women were literate compared to over 80% of men. Further India has also witnessed a decline in female participation in the country’s labor force from over 35% to 25% between 2004 and 2011. Social norms and absence of supporting infrastructure have led to the current scenario. However, improving literacy rates, policy push in terms of access to crèche and longer maternity leaves along with creation of tech based jobs could push greater number of women back into the workforce. Vocational training based courses in rural India have the potential to bring women, from lower income groups, who often find it difficult to access the job market, into the workforce. Rising awareness in the society would lead to a slow and steady dismantling of the patriarchal social system that pervades our society today. This shall lead to women finding an equal place with their male counterparts in terms of decision making and ownership of property. It is quite likely that one shall find work participation rate for both men and women to be equal in India by 2050. Further discrimination based on caste, community, ethnicity, age and disability would be obliterated owing to strengthening of class identity and economic well-being.

Improved quality of life combined with the simplicity of life, aided by sophisticated means of transportation, shall make rural India one of the most coveted places to live in the country.

Access to higher incomes and improved infrastructure will result in decline of distress migration along with a higher quality of life for the rural residents. Access to quality products and solutions in the villages due to improved road infrastructure, internet connectivity and digitization will ensure a better life. Local governance represented by decentralized panchayti raj institutions shall bring in localized leadership to ensure efficient governance. However, improved focus of organizations towards building the rural areas is expected to result in self-sufficient units with a blurring of line of distinction between urban and rural in terms of opportunities, access to basic services and the resultant improved quality of life. Revolutions in transportation systems would provide speedy transits from the rural areas to the urban areas and this could lead to people residing in rural areas, physically accessing their work places in faraway urban areas. While a lot of these transitions will take place over time, one of the key characteristics of rural India is likely to endure: the simplicity of life that is characterized by a much lower carbon footprint than any urban area can afford.

The challenge however is that the businesses and the innovators will need to design relevant solutions for ensuring access to basic services in rural India. At the same time they will need support from the government to build the infrastructure and ecosystem to support and sustain these solutions. The ideal scenario would be to see the solutions emerge from rural India – solutions that are focused and localized. The expected simplicity of rural life coupled with increased incomes and access to quality services at fair prices may even make living in rural India an aspiration for the next generation by 2050!

Manish Shankar has over 22 years of experience with both the private sector and the not-for-profits. He has worked in Research, Consulting and Livelihoods Programming and implementation. He develops and executes projects in Agriculture and Rural businesses. He is an Associate Vice President at Intellecap. He has a Post Graduate degree in Forestry Management from Indian Institute of Forest Management (IIFM), Bhopal, a premiere institute in development sector in India and has done his Bachelor’s in Physics from L.S. College, BRA Bihar University. Manish has worked extensively across India, Bangladesh, Kenya, Nigeria and the Philippines.

Yoshita Arora is a consultant at Intellecap, part of the Aavishkaar-Intellecap Group. She has spent about 6 years working across consulting engagements. She has designed solutions and strategies focused on the low income population across sectors such as healthcare and energy. She has also worked extensively in areas like impact assessment, monitoring & evaluation and last mile distribution among others.