FOOD, VOUCHERS, OR CASH: WHICH IS BETTER?- An African Perspective 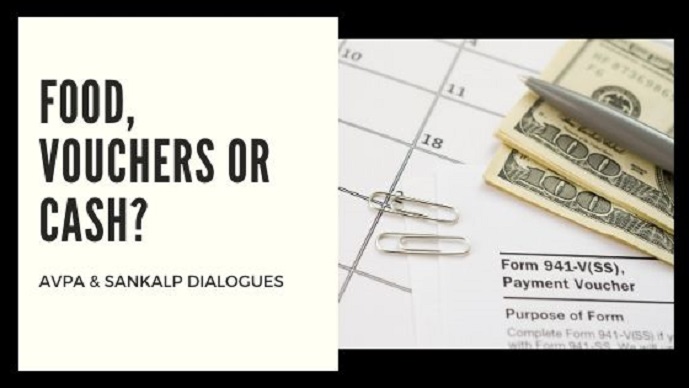 On part one of the webinar series Partnering to #CrushTheCurve, we sought to answer, ‘What is most critical for informal settlements?’ The most common answer was access to food, however, most people could not agree on the best way to ensure that families in the informal settlements got their food: Either by proving them with food care packages, giving them vouchers, or giving them cash. Therefore, part two of the webinar series sought to answer two main questions: 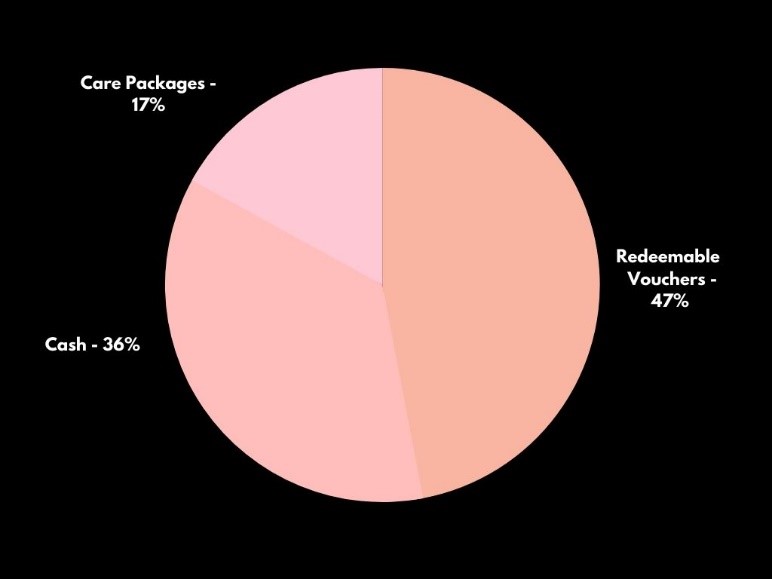 Unfortunately, the answer to this question would cause a debate that has no end. However, we’ll take a look at all the options explored in the webinar:

The most common theme that came up was the digital voucher system where beneficiaries can redeem vouchers for essentials, especially foods from local vendors. Digital vouchers are most commonly used because it’s a method that provides transparency and efficiency. They can be controlled in terms of vendors to be used and the amount and type of products that can be bought. One example of an organization using digital vouchers is Apptivate Africa.

Food vouchers usually result in food items costing more and less value for money being received, as recipients have fewer traders to select from, resulting in less competition.  Once there is no competition, the vendor can decide to increase the price of food items as he/she pleases.

Lastly, in informal settlements many people purchase regularly from local kiosks.  If those particular shops are not integrated into the voucher system, they are also economically losing out because they are losing regular customers and therefore business.

An initiative such as Shikilia sends monthly cash transfers to low income households during the pandemic. The target are the most vulnerable people (250, 000 Kenyans immediate and 1.75 million Kenyans in the next three months) and they will be receiving Ksh 3,000 a month for three months. This method of cash release has demonstrated that it leads to immediate and long-term relief of poverty as it enables households to pay for essential household items in addition to food. What this does is that it creates an economic multiplier effect where every dollar boosts local GDP by $2.60.

According to Samir Ibrahim, research has shown that this method of relief is not abused by recipients despite the negative consequences that critics often raise. Particularly in Kenya where the food system works relatively well, cash transfers can be better for food security that food handouts or vouchers. Successful cash distribution program already exist in Kenya, such as the Inua Jamii Program. Shikilia adapts already existing platforms to respond to Covid-19.

But for cash transfers to work, we need to;

A platform that was suggested to ease the process of cash transfers was Geo-Fenced Mobile Payments. Geo-fenced Mobile Payments (GMP) will deliver cash rapidly to the majority of the poor in a specific area in 24-48 hours. It is almost instant and attends to so many individuals all at once, it can be reduced or increased depending on the crisis fluctuation, it provides an instantaneous and automatic electronic record of every transaction, it will have a major multiplier effect and revive the local informal sector economy, and finally, using GMP ensures that there is no middleman hence potentially reducing corruption and embezzlement.

Everyone is collecting money and sending to all in a seemingly uncoordinated manner. Providing paper cash has a high risk of infections as well as misuse and fraud, so mobile money is the preferred method of transfer.

It’s important to keep in mind that there is a bigger need than just food for families in the informal settlements need at the moment, there is rent, electricity and water bills and many personal effects that may be important. As the cash transfers are delivered we need to think about, what are the basic needs suite that we need to provide for?

Cash transfers may be misused by buying alcohol or any other form of drugs there is no method of assessing if the cash transfer was best used.

An initiative by Lifesong Kenya is helping 10 teachers’ families in Kangemi get their daily food and necessities by coming up with a budget of 1,000/= per week. However, this money is not given directly to the families, it is paid directly to the local vendors and the families pick what they need from the local shops. They do however need to stick to the allocated budget.

This amount budgeted for is quite low since the smallest family that Lifesong is catering for has 4 family members. Additionally, some families have more immediate needs than just food, such as medication and diapers for babies.

Everyone is collecting money and sending to all in a seemingly uncoordinated manner. How can we avoid fragmentation and duplication through well intended but uncoordinated emergency efforts? 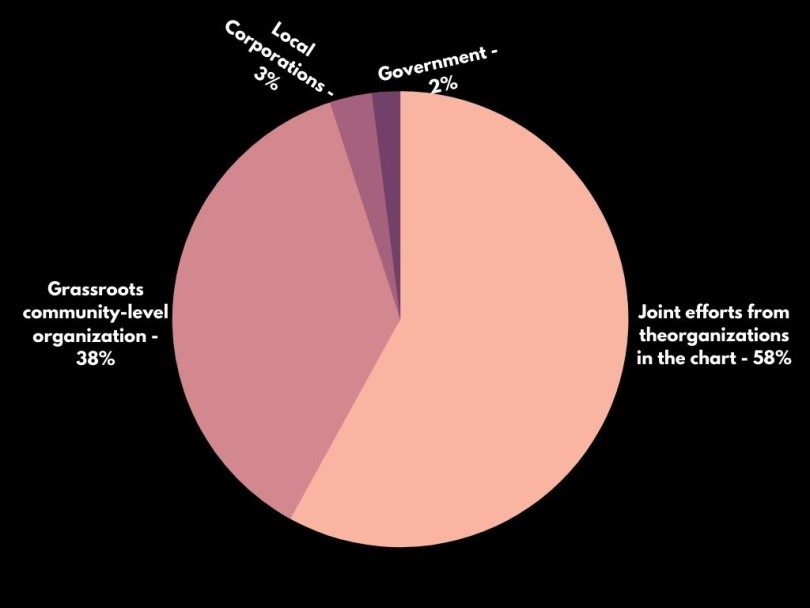 Grassroots organizations are the best placed because of three main reasons:

The government is the least trusted distribution channel due to their track record in bureaucracy that may lead to delayed programs which in this case will result in delay in aid where it is most needed in the informal settlements.

The other reason why the government ranked least was the fact that governments are notoriously known for corruption, which results in little to no help to the people who most deserve it.

Covid-19 is causing economic shockwaves throughout the world, and the most impacted have been those at the base of the pyramid who are struggling for basic survival.  In a complex scenario, there may be no one intervention that works best, but what is clear is that speed and efficiency for providing basic needs to those in informal settlements is paramount.

Margaret Nakunza is from Intellecap Africa passionate about development work.

“I feel, sharing stories of individuals and organizations’, resiliently fighting different problems in the formal/informal sector, using their unique solutions, across Africa, can offer learnings and hope, in the times of COVID-19 pandemic”
She’s worked on different projects- event management for a Kenya-based charity organisation, HESICH; Social Impact Award program for youths in Nairobi and handled communication and marketing strategies for grassroots organizations of Kenya. She is currently an Associate at Intellecap, responsible for communication and marketing at the Sankalp team. Additionally, she is also part of the team that is handling the communications and marketing for a project with World Bank and the Government of Kenya.