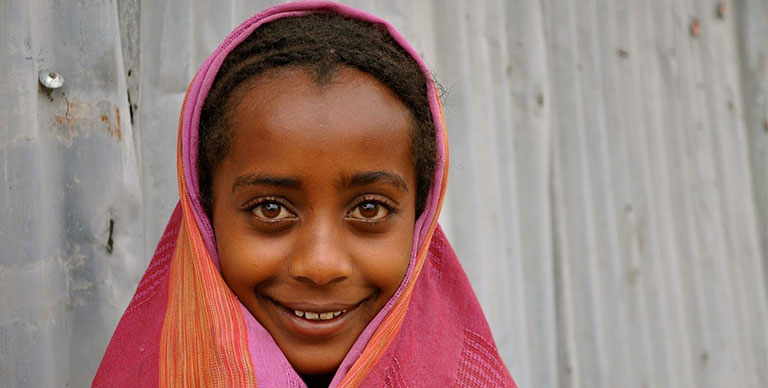 According to Wubet Girma of British Council Ethiopia, Ethiopia is eastern Africa’s largest economy and is considered land of origins as it holds the cradle of mankind. It is known for a strong spirit of independence as it is Africa’s oldest independent country which has never been colonized apart from a five year occupation by Italy. Ethiopia boasts of being the horn of Africa and has a population of 102million (World Bank, 2015) which is the thirteen highest population in the world with a growth rate of 2.79 % annually. Ethiopia now has a new Prime Minister Mr. Abiy Ahmed who is expected to bring peace and enact favorable policies to bring economic transformation.

The current government is becoming investor friendly and launched its revised Micro and Small Enterprises development strategy in 2011, a move that went a long way to integrate the development of the impact investment sector and Ethiopia’s five year Growth and transformation plan (GTP). In the same initiative, the government has encouraged an entrepreneurial culture with the aim of making significant progress on the SDGs. The government’s strategy has identified a wide ranging list of areas of support to MSEs including but not limited to; Establishment of a one stop delivery centre for MSEs to overcome bureaucratic hurdles, improved access to infrastructure, alleviation of financial constraints by increased access to banking and micro-finance and addressing training and leadership limitations through incorporating entrepreneurship and management courses in technical and vocational education and training (TVET).

The government is providing tax incentives for companies if the investments are directly targeted towards high priority areas such as agro-processing for export, tourism, sugar, pharmaceuticals and related products. Ethiopia has also signed thirteen double taxation treaties to promote cross-country trade and investments. The government has developed industrial parks in order for transformation from an agricultural country to a manufacturing country. Multiple industrial parks have been established under the Industrial parks Development Corporation 2014 that focus on textiles, leather and garments, pharmaceutical, agro-processing and equipment manufacturing and the investors in the park benefit from various forms of tax incentives and benefits. According to the Ethiopian investment commission, in the first Growth Transformation Plan (GTP-I) the country was able to attract 1billion USD from foreign Direct Investments (The state of social enterprise in Ethiopia British council).

In addition the government is setting up bodies such as the Federal Micro and Small Enterprises development Agency (FeMSEDA), to promote the MSE sector within the country and as a result was able to generate ETB 25.62 billion through domestic market linkage and 65.37 million through foreign market linkage, facilitated transfer of 3.141 micro and small entrepreneurs medium enterprise level and provided technical and management training for over 5 million MSE operators(State of Impact Investing: Perspectives and recommendations from 10 African Countries- GSG).

Kebour Genna Desta, Executive Director – Pan African Chamber of Commerce, Ethiopia, observed that despite the numerous strategies that the Ethiopian government has put in place for developing the MSE sector in Ethiopia, a number of challenges still exist. These challenges include the fact that the change in government causes uncertainty about the policies to be enacted, investors do not understand the models of business operations in Ethiopia and try to apply one size fits all models. MSMEs have a lack of capital access with social enterprise businesses unable to access investment. There exist investment restrictions for certain sectors such as financial services, banking and telecommunication, commercial banks are described as conservative lenders and financial markets are risk averse and are unwilling to invest in early stage companies with a high risk profile (KFW, 2005). Another challenge is that impact investors have large ticket sizes in contrast to the turnover of MSMEs resulting in the social enterprises’ inability to absorb capital in the sizes disbursed by investors.

Matt Davis, CEO and Partner at RENEW LLC, and Johnni Kgelsgarrd, CEO of Growth Africa, observed that on the impact investor’s side, enacted policies create challenges including the fact that the minimum capital requirement is USD200, 000 for a single investment project and USD150, 000 if the investor is seeking domestic partnership as outlined by Matt Davis. There are foreign exchange controls as the government limits foreign currency trade. Repatriation of profits and dividends is lengthy and bureaucratic and could be delayed depending on reserves of hard currency by the national bank. There are few market exits to model from and use as a benchmark for their exit valuations or financial performance.

There exists opportunities in Ethiopia’s social investment economy landscape as a result of the gradual economic opening and increased focus by the government to attract foreign investment, develop sound policies and promotion of privatization and industrial development. The government through training is building the capacity of youth so that they can be involved in decision making and develop businesses that serve Ethiopia’s people. Investors need to generate bespoke approaches to their investments in Ethiopia’s social impact economy, tighten their compliance procedures and get on the ground if they would like to benefit from Africa’s juggernaut economy that is Ethiopia.

This blog was written based on a curated session focused on the Ethiopian economy at Sankalp Africa Summit 2019. This session was supported by British Council.

About the Author: Hope Bii holds a double major in Economics and Finance from the School of Economics at Kenyatta University in addition to a postgraduate qualification in Project Management from the Kenya institute of management. Hope has been on project teams in local and international NGOS, and a development finance institution. She has experience in project and grants management particularly involving project accounting and reporting. Hope is interested in exploring and questioning the existing intersections of development economics, project interventions and impact investment.

The State of Social Enterprise in Ethiopia- British Council