Affordable housing for all: What will it take? 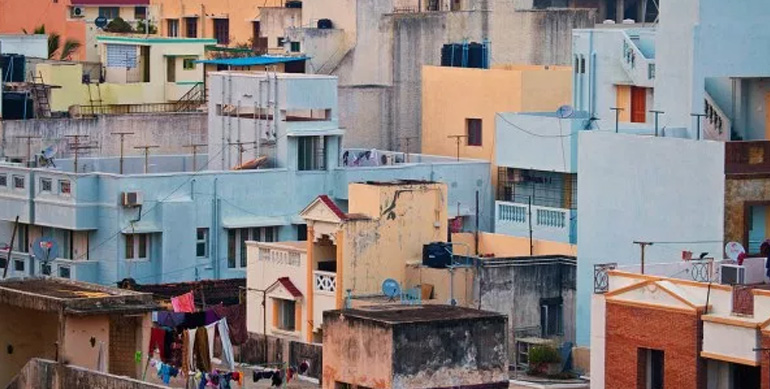 With the impending announcement of the Sardar Patel National Housing Mission, which has received cabinet approval and is ready to be announced pending inputs on the rural dimension of affordable housing, the issue of low-cost housing has acquired significant visibility. However, beyond focusing national attention on the issue, to actually implement the ambitious goal of housing for all will require the National Housing Mission to streamline the multiple existing policies that support low-cost housing and to implement the main recommendations of the Ministry of Housing Taskforce, in particular by creating a separate category for affordable housing developers who can avail certain incentives.

As announced by Finance Minister Jaitley in his recent budget speech, India faces an urban housing shortage of approximately 20 million units, of which housing for so-called Economically Weaker Sections (EWS) and Lower Income Groups (LIG) – families with a monthly income of up to Rs 16,000 – accounts for over 90% of the gap. With a number of schemes introduced by previous governments to address the issue of affordable housing, including the Jawaharlal Nehru National Urban Renewal Mission (JNNURM), Rajiv Awas Yojana (RAY) and Affordable Housing in Partnership (AHIP) scheme, this gap should have been reduced. Yet only 220,000 houses were built with the help of these schemes in the past three years, out of which a majority were homes priced at greater than Rs. 10 lakhs – a number out of the reach for the EWS and LIG segments.

In order to reach the target, the government will have to create over 2.5 million houses per year by 2022 – which means increasing the current rate of new home development by over 30 times. While the numbers look daunting, the fact is that this translates into a massive opportunity for housing developers and mortgage finance companies – a total market potential of over Rs. 16 lakh crores. But, to successfully address this market, the private sector needs an effective repackaging of the policy framework with a focus on proper implementation this time.

The first step in designing appropriate policy is to understand the challenges the consumer faces. The household income of the average consumer varies between Rs. 10,000 to 25,000 per month – he/ she could be your neighborhood teacher, your taxi driver or your household help. As one goes down the income pyramid, the amount of free cash flow for these consumers decreases and a sensible EMI for purchasing a home would be around 20% of their monthly household income – not more than Rs. 2,000–Rs 5,000 a month. Compounding the cash flow crunch faced by first time home-buyers in the EWS-LIG segment is that for an initial period they need to pay the EMI on their new home in addition to the rent on their existing home, effectively a double cost.

The second step is to understand the challenges faced by affordable housing developers in India. Three cities – Ahmedabad, Mumbai and Indore – have over 20 projects each providing housing below Rs. 10 lakh, thereby offering a choice of locations and developers to customers. Developers face a variety of challenges, with a lack of availability and high cost of urban land and a lengthy approval process (1-3 years on average) being the biggest bottlenecks. The longer time taken to complete projects, and resultant increase in costs, leads to an increase in market prices and lack of affordability for the target segments, while reducing profitability for affordable housing developers who operate on thin margins and thus rely on high througput for viability. In addition, the lack of access to home finance for low-income borrowers makes it difficult for the developers to sell their inventory despite a considerable market for their product. Access to finance is also a challenge for the developers, as banks are reluctant to lend to the real estate sector given its challenges, and do so at a relatively high cost. These higher costs of financing ultimately get transferred to the beneficiary in the form of higher prices.

To resolve these challenges, the government already provides a variety of schemes and policies that are implemented by entities including HUPA, HUDCO and NHB at the center and various authorities at the state level. HUPA provides a capital subsidy to both developers and beneficiaries. HUDCO has an interest subvention scheme provided to beneficiaries. The National Housing Bank provides credit risk guarantees for home loans up to Rs. 5 lacs, project finance for affordable housing developers and refinance for housing finance companies. Yet, despite the existence of such schemes, the implementation of central guidelines and directives into operational state level policies has been extremely poor, with a majority of developers and consumers building and purchasing affordable houses independently of government assistance.

Given this background, what will it take to get the market to take off? Clearly the affordability gap needs to be reduced for EWS and LIG segments, both through capital grants (ideally directed through the direct benefit transfer scheme) and interest subvention on mortgages, directed through housing finance companies and PSUs. There are various other demand side measures like instituting a moratorium for 3 years in payment of EMI, facilitating the removal of documentation related entry barriers to access formal banking channels and increasing loan amount cover of the Rs. 4,000 crore NHB credit risk guarantee trust fund from Rs. 5 to 10 lacs. But the single most important policy driver would be revamping supply-side incentives for developers to create low-income housing at a scale that can meaningfully address the challenge.

Currently the AHIP scheme proposes a capital subsidy to developers of Rs. 50,000 per home or 25% of the infrastructure cost of the project, whichever is less. This subsidy has been in place since 2009 but never been availed by any private developer, not just because of its limited benefits but due to the onerous processes involved, which make it difficult for developers other than urban local bodies that are able to navigate the red tape with state governments. In addition to the capital subsidy, there are a range of incentives that can be provided to affordable housing developers: setting aside of land banks and intermediation of land cost through a transparent process; reducing time for approvals to 90 days through a single window mechanism and e-platform for plan approval from development authorities; availability of low-cost project finance and specialized funding by giving affordable housing infrastructure status; access to foreign borrowing with the government picking up the foreign exchange cost; inclusion of affordable housing in priority sector lending quotas to incentivize banks to lend to affordable housing projects; tax-related incentives like an income tax holiday for affordable housing developers, exemption from service tax for rental housing, customs duty exemption for construction machinery used to mass produce low-cost housing units, reduced capital gains tax for investors in affordable housing. If made real, these incentives can make a big difference.

Why then, if such a policy toolkit is available and already articulated, does the problem persist? And how can it be resolved? The answer is the lack of a clear definition and separate category for affordable housing, which is the need of the hour. Only with a common understanding of what constitutes an affordable housing project can appropriate schemes and incentives be channeled to the right developers, only those building EWS and LIG housing, and not to the real estate industry more broadly. There is already a working definition for this comprising three elements: the minimum portion of a project that must be allocated for EWS housing, the minimum size of a housing unit (350 sqft of super built-up area for EWS, 500 for LIG) and, most critically, the beneficiary’s annual household income, currently pegged at Rs. 5000/month. With an upward modification of the income level to Rs. 8000 /year for EWS and Rs. 16,000/year for LIG, this definition should be made reasonable and then codified by the new policy. The government should then give infrastructure status to a clearly defined affordable housing sector. It can then channel multiple incentives to all projects satisfying the criteria – cheap land, single window clearance, capital subsidy, tax incentive and specialized, low-cost project funding.

As we know, India needs to add over 2 million new homes per year to give every citizen a roof over his/her head by 2022. Meanwhile the need will continue to expand with increased migration to urban areas and development of smart cities. The central government and state housing boards will continue to be major providers of affordable housing. But they cannot do so on their own given the enormous scale of the problem. They thus need to recognize the imminent need to bring in the private sector, which can only happen when regulations are streamlined and made more effective. A template for what these reforms look like is already in place through the work of the Taskforce on Affordable Housing and the extensive consultations done by Shri Venkaih Naidu and officials in Ministry of Housing and Urban Poverty Alleviation. It is heartening to see that the issue of housing finally finding national resonance and being a major priority of the Prime Minister. The time has come for the affordable housing policy framework to become rationalized and for the government and private sector to work together to unlock the potential of this enormous market and achieve the promise of a decent house for every Indian.