5 Reasons Why You Should Invest in Kenya by Agnes Makena, Intellecap 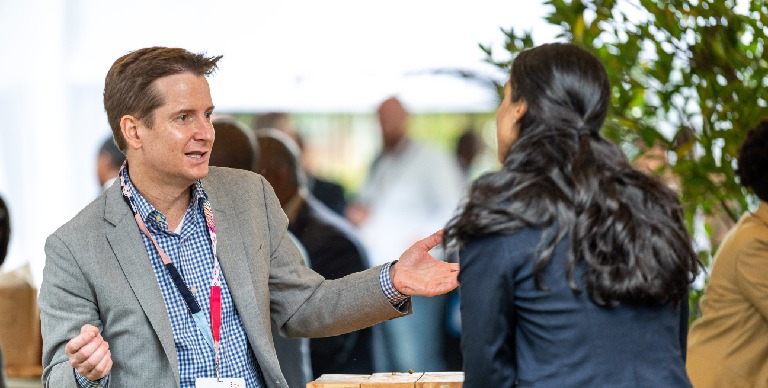 It was back in January this year, when the president of the free world, allegedly described most developing countries in Africa as “shithole countries.” His controversial sentiments caused a huge outcry all over the world, with many condemning his words. We are taking this a step further and giving you 5 reasons, why as an investor, should invest in this particular “shithole” country, Kenya.

5 Reasons Why You Should Invest in Kenya

It was back in January this year, when the president of the free world, allegedly described most developing countries in Africa as “shithole countries.” His controversial sentiments caused a huge outcry all over the world, with many condemning his words. We are taking this a step further and giving you 5 reasons, why as an investor, should invest in this particular “shithole” country, Kenya.

Kenya has a population of over 50 million, on track to reach 60 million by 2021. The country also has one of the highest youth populations in the world with the number of people aged between 15-24 standing at 20.3%, above the global average of 15.8% and a millennial population of about 17.5%. This vibrant youth population presents a demographic dividend that can yield great returns for the country and investors alike – particularly due to the fact that Kenya’s literacy rate is amongst the top 5 highest in sub-Saharan Africa at 85%. Kenya’s hardworking and brilliant youth are well known for their “hustler” mentality, with many young people, whether in formal or informal employment, managing a side business to supplement their incomes. Their inexhaustible spirit, hard work ethic and eagerness to learn, combined with appropriate skilling and training, presents a great workforce for investors and businesses.

Deservingly named the Silicon Savannah, Kenya’s entrepreneurship sector is one of the most vibrant in the continent, making the country a technological and investment hub.  However, 90% of entrepreneurs who’ve raise investment are foreign founders, rather than local founders. This is despite the fact that Kenya boasts some of the most innovative entrepreneurs the continent has to offer, leveraging emerging technologies such as AI, Big Data analytics, block chain and IoT to create solutions to some of the continents biggest challenges and in various sectors, as highlighted in Intellecap’s Imagine Africa 2030 report. Majik Water for instance, whose slogan is “if you have air, you can have water,” is creating a new source of affordable drinking water by harvesting it from air. Zijani, another cool and competitive enterprise, is recycling waste cooking oil into more sustainable and renewable products. These are just but two of the hundreds of the futuristic and innovative enterprises in Kenya that potentially provide a robust and viable pipeline that investors would want to invest in.  Though they may not be in the news or in the international investor circuit, there are many high potential local entrepreneurs running great businesses, for those investors who are able to snuff them out.

More than any other country in the East African region, Kenya has proven to be a melting pot for ecosystem players such as donors, development agencies, investors, multinational organizations and governments, looking to have development and investment dialogue. This is witnessed by its hosting some of the biggest global development conferences such as: The Tokyo International Conference on African Development (TICAD), the Global Entrepreneurship Summit that was attended by the former US president Barack Obama, The United Nations Conference on Trade and Development (UNCTAD), the 2016 ICT4D conference and Intellecap’s Sankalp Forum, among many others. Being at the forefront of the development and investment dialogue has borne some fruits as Kenya has shown continued increase in the number of investments going into the country over the years.  According to GIIN’s landscape report for East Africa, more than half of all impact investments made in East Africa, have gone to Kenya. In 2018, the country also saw foreign direct investments of up to USD 672 million, a significant increase from the 500 million in 2015. Any new investors should not miss this boat as other investors continue to learn and maximize on the opportunities in the country!

The promulgation of the country’s current constitution in 2010 devolved the country into 48 counties, with the aim of opening up and developing rural regions which house over 70% of its total population. Though the country’s economy previously focused on agriculture, mega projects such as the construction of then Standard Gauge Railway and Lamu’s port in the Coast, have been useful in pushing the global rural transformation agenda. Improved incomes and livelihoods in rural populations, as evidenced by the transformation of Makueni and Machakos Counties, are creating demand for premium products and services due to the growing middle class.  These rural populations therefore offer a mega market segment for investment opportunities.

Finally, the diverse and unmatched beauty of Kenya is in its scenery, weather and people who are warm, generous and hardworking people. If you’re looking for a conducive working environment to make both money and impact internationally, then Kenya is one of your best bets!