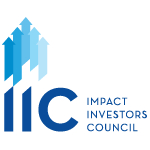 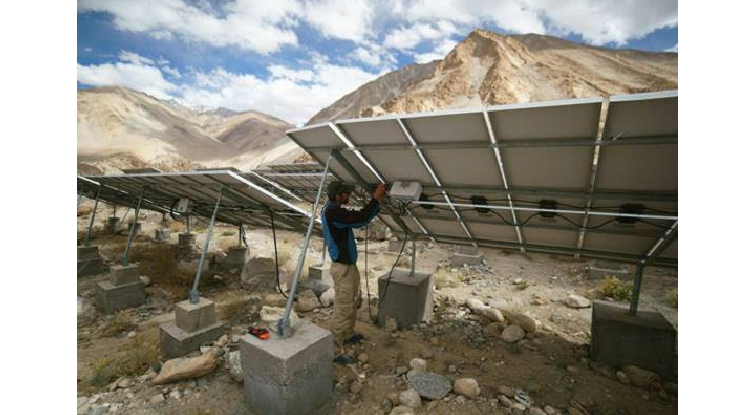 The Handbook, a pioneering initiative by Impact Investors Council (IIC) in collaboration with The British Asian Trust was launched at ‘Prabhav 2022’ in New Delhi.  Aavishkaar Capital

The article, Using Climate Tech for Achieving Net Zero & Resilience has been exclusively written for the handbook by Sanchayan Chakraborty, Partner, Aavishkaar Capital  and Santosh Singh, MD, Intellecap, under Climate-tech investing and as part of the ‘Voices of Industry’ section of the handbook.

Climate change is already resulting in, and is projected to increasingly cause, huge disruptions on economic activities, ecological systems and societal wellbeing. To mitigate the worst climate impacts, greenhouse gas emissions must be halved by 2030 and reach ‘Net-zero’ by 2050 from current levels according to the Intergovernmental Panel on Climate Change. This recognition has led to increased focus by both countries and corporations, on mitigation of climate risks and adaptation towards climate change. Globally, 77 parties representing 84 countries have pledged a net zero target covering 73% of global GHG emissions as per Climate Watch’s Net-Zero Tracker. In addition, 5000+ businesses have announced their own net-zero commitments under the UN’s Race to Zero campaign. Fulfillment of these climate commitments, encompassing both reduction of emissions and improving resilience to climate change, will require wide-ranging investments in climate technology development, building of green and climate smart infrastructure and transformation of business processes.

The imperative of climate change mitigation has been highlighted by UNFCC for over 4 decades. Multilateral climate talks led to the Kyoto Protocol in 1997 (effective from 2005), under which 37 developed countries made commitments to reduce their emissions, developed methodologies for measurement of emissions and offsets, thereby paving the way for the first national and regional markets for carbon credits. Significant venture capital investments (more than US$ 25 bn) were also made in climate technologies between 2006 and 2011, mostly in clean energy technologies in solar and wind, which were seen to be the priorities at that time. However, limited participation in the global GHG reduction commitments (none by developing nations) and shifting strategic priorities of obligated countries led to continued lack of progress in global climate talks. Global carbon markets eventually collapsed by 2012 and economic incentives for climate tech development reduced, resulting in many of the ventures losing money.

The current global decarbonization efforts are however comprehensive, encompassing all sectors of the economy and benefit from a broader and more robust agenda. This is evidenced by the fact, (a) global climate talks are progressing well under the Paris Agreement, which now includes both developed and developing economies, (b) carbon markets are well established in many economies, and (c) increased frequency of extreme weather events has spurred stakeholder activism pushing the private sector to make voluntary commitments (in addition to regulatory requirements) towards net-zero. Climate tech start-ups deploying low-carbon technologies and promoting carbon sequestration will need to play a big role in achieving transition to net-zero emissions at scale. Climate tech investments have seen a five-fold rise between 2016 and 2021 to reach $40 billion. In the first half of 2022, climate tech start-ups had already raised ~$19 billion from 500 VC funded rounds. More than 80% of the investment flows were to US and Europe, while Asia Pacific accounted for around 10%.

India is particularly vulnerable to climate change, given that a large section of its population lives near climate thresholds, is dependent on agriculture and other nature-based resources, and has low per capita income, thereby limiting ability for adaptation. Climate policies as well as climate innovation effort so far in India have primarily focused on mitigation solutions through solar and wind energy generation and de-carbonization of industry due to the high carbon footprint of these sectors; a lot more can and needs to be done on building adaptation and climate resilience. Between 2016 and 2020, 200 Indian climate tech start-ups raised more than USD1.2 billion in venture capital. Bulk of the investments were drawn to mitigation focused solutions in sustainable mobility (59%) and energy (25%), in line with global trends. Only 12% contributed to climate smart agriculture and natural resources and 4% to circular economy and waste management. The scale of the climate crisis necessitates the need to drive sustained decarbonization of the Indian economy across all sectors, including industry, food and agriculture, natural resources and built environment besides energy and transportation where bulk of the innovation efforts are focused at this time. The climate tech investment landscape would need to evolve towards funding deep decarbonization technologies to achieve its net zero target by 2070, while also investing in resilience building to further reduce climate risks

Aavishkaar Capital’s approach to funding climate tech innovations has been geared towards climate adaptation across agriculture and industry, which can impact livelihoods of, and risks to, the low-income population, at scale. Some of our earliest investments were in energy access and efficiency technologies like Vortex, which makes solar powered ATMs for rural India, and Servals, which makes energy efficient cookstove burners. Waste management is of serious concern in India which Aavishkaar identified as a theme and invested in Saraplast, which runs a portable toilet service for construction sites and urban areas, and in Lets Recycle, which is one of the largest dry waste recycling start-ups in India, currently handling around 600 MT/day across 5 cities. Aavishkaar’s investment in Soulfull was directed at climate adaptation in agriculture by promoting millets, which are climate and livelihood friendly grains traditionally grown in India

We at Aavishkaar believe that a holistic view of the impact of climate change on the earth’s systems and society needs to be taken, with the goals being multifarious and not just focused on emissions reduction. Venture activity needs to focus on enhancement of climate resilience and providing transition support to the communities most likely to be affected by climate change, compensating providers of ecosystem services (of air, water, forests, grasslands), protection/augmentation of the stock of natural assets and protection of biodiversity. The carbon markets are one such example that price the emissions and allow for building of natural ecosystems and compensation to the ecosystem builders, with positive impact across climate, community and biodiversity. We are excited about the Indian entrepreneurial innovations which seek to address these challenges/markets and will continue to actively invest in climate tech innovations that have the potential to materially impact India’s and global decarbonization with resilience pathway.