The Travel Report – 4500 KM and Back – A Travelogue by Vineet Rai, Founder and Chairman, Aavishkaar Group 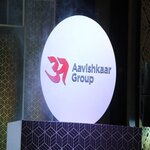 Vineet Rai, Founder and Chairman, Aavishkaar Group recently undertook a road journey , travelling across states and traversing over 4500 Kms. The thoughts penned down are from this travelogue.

Some of you have repeatedly asked me to pen down my thoughts on the journey I took. Here is my note on what I did , What I saw and What did I make out of the travel.

I have been driving on India roads for long. I have a reasonable experience of driving around the globe including most of Europe and USA. Shri Atal Bihari Vajpayee brought in the idea of really high quality road infrastructure, the effort slowed down marginally in between but post 2014 the work on National Highways will make all Indians proud.

During my 4500 KM drive, I drove on multiple National and State highways  and they are as good as anything I have seen in Germany, France and Holland or USA.

As we drove from Mumbai and stopped for breakfast, it was clear that roadside activities are pretty much back to normal and the roadside vendors sales was almost at the same level as it was Pre-Covid days. Now this is not uniform and one must see this response from the road side vendor with a pinch of salt but the fact is return to normal seems not abnormal anymore.

As we moved further and further away from Mumbai it seemed the fear of Covid 19 vanished. Almost 100 KM from Maharashtra -MP border the Visarjan ( The deity/ goddess is taken to a pond or river and she is let go to re-emerge next year) festivities were getting very public and in your face.

As I drove into MP, and it was the day after Dussehra ( festival of victory of Good over Evil), the festivities hit a crescendo and we were caught into massive visarjan traffic jams in Sagar ( erstwhile education power house ) and Damoh ( Small city in MP State) where we were jammed for hours as 30 -40 tractor trolleys carrying idols for visarjan along with 1000’s of devotees blocked our way.

We drove into Varanasi and Google map took us to the newly being laid Six lane highway from Varanasi to Gazipur & Gorakhpur.  The highway was an amazing contributor to infrastructure development  coming through in Purvanchal.

Those uninitiated with Eastern UP, Varanasi and east of UP is far behind in development even within UP ( Which is agrarian state). The incumbent government has unleashed some serious infrastructure development backed by some outstanding work done by local Member of Parliament  Manoj Sinha who despite the good work lost the elections recently. Good work does not necessarily get your votes is clear.

What used to take two hours from Varanasi was achieved in 40 minutes and this is when the road was only 70% complete. I am excited to see the progress and change on the ground.

Reached my village and found that the only one wearing the mask was Mr. Covid. Rest of Village folks did not even remember corona except occasional mention from the hard lockdown and how it was difficult in the past. My take away from the ground is that while Covid 19 has not gone but its debilitating fear from the hinterland has completely gone. The economic activity is back to normal and there is no real fear amongst people.

I visited Chief Medical Officer of Gazipur. Aavishkaar Foundation had provided support to the CMO office with Mask, PPE Kits, and Medical Equipment’s. He was grateful and thankful. He also had suffered from Covid and was very careful with both mask and gloves in place. He did tell me that Gazipur district reports 10-15 case daily but things are  under control. He do understand that people are not fearful and hence careless but suggests that this may be  largely because of very low mortality rate and quick recovery in most cases except where co-morbidity is high.  It seems the fear of the disease from the mind of people have receded.

Driving to Diara – Also known as Floating Sands of Ganges … My ancestral lands. I would be sharing a video that would show case some fun stuff I did during my visit including driving to the floating sand islands or Diara  with River Ganges flowing on both sides. The rivulet on my side of approach had dried down so I could drive to the island. Pristine, beautiful and peaceful and it was amazing to be served bati-chokha ( the traditional food on your land by the loyal collogues who live and manage the lands). I had the urge to give some work out to my father’s old gun so few shots in the air were also fired for fun sake

I was supposed to drive to Samastipur but had to cancel that as Bihar Elections were on and that means a big black vehicle would be stopped and searched by police quiet regularly for Cash, Liquor or any other contraband. A 6 hour ride may become a 12 hour ride one way and So I dropped the idea. Instead drove to Prayagraj ( Erstwhile Allahabad) passed the Sangam, the holy place where the Ganga, Jamuna and Saraswati meet and drove via Kanpur to Noida . Road construction work made life difficult to drive from Prayagraj to Kanpur but beyond Kanpur it was an exceptional drive again.

My drive time from Mumbai to Gazipur was 22 hour nonstop despite the visarjan Jam in Sagar and Damoh. My drive from Noida to Mumbai was another 22 hours and we drove through Agra and made two stops as my father was with me. Overall 4500 KM were driven in driving time of around 52 hours which again reflect not just our driving stamina but the exceptional condition of Indian roads

My Conclusion – Covid 19 exist and would remain so but Hinterland in India has moved on. There are many factors but the most important one is the acceptance and adjustment to the fear of Covid. My other take away is that unlike cities where vertical construction and interdependence of social hierarchy with each other ( Rich and Maids) means you are interacting with far more people on a normal day than a person living in rural India does. Also the chances of you interacting with someone you do not know at all in Urban India is exceptionally high compared to Rural India and that explains lower transmission.

What was quite obvious is that social distancing is way of life in Rural India. The other observation is that most dense parts of rural India are sparse compared to least dense part of urban India and that explains why despite lack of masks the rural spread of Covid appears to be much less . One can always explain all what I said by saying there are no tests being done and hence we do not really know if any of what I am saying makes sense.

My prediction is that most of the non-Metro India would be back to normalcy as soon as train start and small trade picks up. Agriculture is doing well, Microfinance has stumbled as people earning capacity is hit, but my reading is that in three months’ time Microfinance would make a roaring comeback as people see business return.

Finally there is stress in Urban India on earnings but Rural India is not as stressed and is able to deal with the pandemic much better.