Reimagining Agriculture in Kenya: Five Steps for Building Resilience and Food Security After a Catastrophic Year 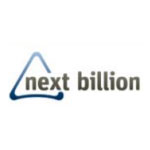 Nairobi, April 14, 2021 : Michael Omega, Rachael Wangari and Daniel Kitwa, from Intellecap Africa coauthored the article  ‘Reimagining Agriculture in Kenya: Five Steps for Building Resilience and Food Security After a Catastrophic Year’ as part of our strategic content tie up with Next Billion.

To say that we need to reimagine the agricultural and food systems in Kenya would be an understatement. Indeed, 2020 brought an unholy trinity of crises that threatened both lives and livelihoods, and which served as a wake-up call about the fragility of the country’s agricultural sector and overall food system. First, the COVID-19 pandemic disrupted practically everything that was previously considered normal. This was followed by the largest desert locust upsurge in 70 years and flash floods that affected more than three-quarters of the country — including the food-producing counties in Kenya’s Western, Rift Valley and Central provinces.

The following numbers put these three threats into perspective:

-The announcement of the country’s first COVID-19 case in March 2020 and the resultant containment measures had far-reaching effects on the flow of goods and services across the food system, straining the livelihoods of millions of urban and rural dwellers while increasing food prices for consumers. As of last September, 6.2 million Kenyans were in a food-insecure situation, with an even higher number unable to access and/or afford safe and nutritious foods.

-Desert locusts are considered the most destructive pest in the world, with an average swarm (estimated between 40-80 million locusts covering one square km) eating the same amount of food in one day as about 35,000 people. Hence, the impact of the swarm covering 2,400 square kmsand containing billion of locusts that was reported in Kenya was more than catastrophic.

-The flash floods the country experienced were only comparable to the 2016 El Niño flooding that was responsible for severe food insecurity in the country. Between March and May 2020, the floods affected more than 233,000 people, with 116,000 people displaced and 194 deaths. Further, acres of farmland were destroyed and thousands of livestock killed, while key infrastructure such as roads, bridges and schools were left in ruins.

These grim statistics remind us that it is possible for a single catastrophic event to wipe out decades of progress for communities, while multiple catastrophes can easily overwhelm entire countries. And as the world gets increasingly connected, we’ve become more vulnerable than ever before to these types of compounding crises.

THE NEED FOR RESILIENCE IN KENYAN AGRICULTURE

Kenya’s recent struggles are also a reminder that climate change is already accelerating and intensifying natural disasters. The warming climate is closely intertwined with the performance of food systems, and crises that impact these systems often disproportionately affect the vulnerable. For that reason, resilience is a goal that should not only be discussed in boardroom meetings, brainstorming sessions and keynote addresses, but rather one that should be translated into the everyday business environment in cities and villages worldwide.  Essentially, resilience should be a way of life, a lens through which policy is designed, strategy is implemented and commerce is facilitated. And the agricultural sector should be a key focus of these efforts.

Kenya, a perennial net importer of food, imported about KES 17.2 billion in December 2020 alone. For a country with an increasing population and a continued dependence on rain-fed agriculture, this spending is bound to go up if nothing is done about it. Kenya’s situation with respect to food security and its chronic dependence on imports is not unique in sub-Saharan Africa. However, its position as an economic hub in East Africa suggests that any efforts it makes toward building resilience in its food systems may offer transferable blueprints, models and pathways that can be implemented in other emerging markets and contexts. So it’s particularly valuable to explore solutions to Kenya’s current food security challenges.

The following points (in no particular order of importance) highlight some of the ways we can reimagine Kenya’s entire agricultural value chain and food system.

Experts estimate the average age of the Kenyan farmer to be 61 years. In a country where 75% of the population is under 35 years, this essentially means that the sector does not attract the most productive labor assets — young workers. With older farmworkers, the risk of decreased productivity and overall output is ever-present. Further, this population is slow to adopt technology and innovation. We, therefore, need to explore policies, incentives and interventions that increase the youth’s participation in the agriculture labor force. This should be a holistic approach that includes enhancing access to technology, capital and knowledge for prospective young farmers so that the barriers for entry are not only reduced but ultimately eliminated over time.

For a country that loses up to 20-30% of its production post-harvest, increasing and innovating on both national- and farm-level storage should be a top priority for key stakeholders. At a national level, food reserve storage is a relatively cheap public insurance policy against the tremendous uncertainties caused by climate change for the country’s food system. However, the National Cereals and Produce Board — the national food reserve agent — has faced multiple financial and operational challenges that have led to calls for the privatization of the institution. At the farm level, the adoption of productive renewable energy in activities such as refrigeration (cold storage), drying (solar dryers) and especially milling can increase the nutritional and monetary value of farm produce, and lengthen its shelf life.

Public policy plays a key role in the agricultural sector’s prospects. Kenya’s leadership will need to explore new and ground-breaking policy frameworks that set a path toward resilience. For instance, some critical measures include: developing policies to enhance food processing; establishing “localized” (county-level) climate change action plans and climate risk policies; and expanding budgetary capacities to respond to climate-related events that impact farmers. These approaches should be developed at both the national level and at the county level where implementation happens. Continuous monitoring and progress checks should be embedded into the process flow, to ensure that momentum is not lost and transparency is maintained.

The cost of capital remains high for farmers and aggregators, especially given the risk-averse nature of the pool of local institutional capital available. Some farmers may not have a credit history outside of their co-operatives and SACCO funding partners, thus limiting their ability to tap into the additional sources of capital that exist. Access to finance should involve creating localized startup hubs away from the big cities, so that funding networks are available to agricultural players outside the country’s metropolitan areas. (Sadly, most incubation hubs are located in Nairobi.) The challenge then becomes how to localize these networks. Working with agricultural departments and the small and medium enterprise-focused infrastructure provided by counties can be one way of directing this support to businesses at the local level. Public and private investors can also explore innovative financing solutions such as: gender lens investing targeting women farmers; crowdfunding platforms that invest in African-owned farming infrastructure; portfolio-based lending where smallholder farmers can be aggregated and their assets securitized into a sizeable financing round; and impact-linked interest rate lending models.

Behavior change among farmers should definitely be a key focus area in Kenya’s quest to become more resilient. This involves everything from the most basic of strategies, like crop rotation, to the most complex — such as a completely mechanized end-to-end approach to agriculture. Farmers need to unlearn common but less-effective methods, so as to relearn new ones. Behavior change should also involve consumers, who need to embrace new dietary patterns above and beyond the traditional staple foods, so as to trigger the market demand that would motivate farmers’ decisions, which are ultimately driven by what the buyer wants. For instance, can public school feeding programs incorporate diet choices that incentivize new, positive farming behavior and build new agricultural value chains, such as including new types of fruit orders, or even exploring camel or goat milk instead of cattle?

While the above list is certainly not conclusive, it represents a new way of thinking and includes the critical building blocks that define what resilience really means from an agricultural point of view. Kenya’s Vision 2030 aspirations are closely aligned with the United Nations’ SDG ambitions, and food security is part of the current government’s “Big Four” agenda. But while these intentions are encouraging and praiseworthy, long-lasting progress in boosting food security and agricultural productivity and improving livelihoods for farmers and vulnerable communities will only be achieved through an action-based and resilience-focused approach. Kenya must learn from past failures, build on our successes and strive to reimagine our future. To that end, the traumatic events of 2020 were an important lesson for us: As George Santayana said, “Those who cannot remember the past are condemned to repeat it.”