Breaking Innovations in the Clean Technology Sector in India – Article by Ashay Abbhi and Kavya Hari, Intellecap in BusinessWorld Disrupt 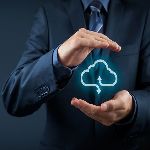 Mumbai,  23rd August – The article in BusinessWorld Disrupt titled, ‘Pathbreaking Innovation in the Clean Technology Sector in India’ authored by Ashay Abbhi and Kavya Hari, Intellecap, was the 3rd one  as part of a 24 article thought leadership series we have forged with the Business World Group.

The article sheds light on how we can transition towards a clean and green economy with an ecosystem-based approach.

India is at the cusp of its energy transition journey driven by the 3D concept – Decarbonization, Decentralisation, and Digitization. Even as large-scale renewable energy is rapidly making strides towards cleaning and greening the grid, fossil fuel-based polluting power generation continues to dominate India’s energy mix. According to the Central Electricity Authority, as of May 2021, the share of renewable energy in India’s total installed capacity (383.3 GW) stands at around 25% (95.6 GW). However, in power generation, it accounts for only about 12% at 14.13 billion units (BU) against a total generation of 118.09 BUs. Despite the growing share of renewable energy in the power basket of India, the challenge of providing clean energy to the on-grid and off-grid consumers still looms large. On the occasion of World Renewable Energy Day, Intellecap explores the mega-trends in the clean energy and climate change space in India highlighting key technologies within India’s 3D energy transition concept that promise a cleaner, more efficient, and resilient energy sector.

Green hydrogen has recently gained traction as one of the fuels of the future. The term green is applied to the hydrogen production process when it is produced using renewable energy. The adoption of green hydrogen has the potential to decarbonize sectors with significant carbon emissions. It can be applied in the chemical and fertilizer industry for the production of ammonia and methanol, the steel industry as a reducing agent, commercial and residential heat production, power generation, and fuel for transportation. Currently, the country utilizes around six million metric tonnes of hydrogen. This demand is expected to rise to 11 million metric tonnes by 2029-30. Production of hydrogen of this magnitude can lead to large amounts of carbon emissions which can be avoided by promoting and scaling up green hydrogen.

The Ministry of New and Renewable Energy (MNRE) has recently published the draft ‘National Hydrogen Energy Mission’ aimed at creating a green hydrogen value-chain, reducing production costs and phasing away from grey hydrogen (hydrogen produced from fossil fuels). The estimated cost of producing green hydrogen ranges from $3.6-5.8 per kg which is almost three times the cost of grey hydrogen. The recent indication from the government towards setting green hydrogen consumption obligations for the petroleum refining and fertilizer industry has led to traction from private sector and government players likewise. Notable examples include: Reliance Industries launched the India H2 Alliance (IH2A) to build the hydrogen economy; NTPC signed a MoU with Siemens for green hydrogen production from its RE plants; the Indian Oil Corporation plans to establish a green hydrogen plant to replace fossil fuels at its refinery; and Adani Enterprises is collaborating with Maire Technimont to implement green hydrogen projects.

In the era of prosumers (consumers who produce their own electricity) peer-to-peer (P2P) energy trading presents a viable solution to allow access to solar power for consumers with inadequate rooftop space or capital to set up solar power projects. Per this technology, excess energy from the solar rooftop plant of

a consumer can be sold to its neighbors. P2P trading uses blockchain technology to ensure transparent and reliable transactions. The transactions are carried out through smart contracts that can divert a pre-determined portion of energy to a consumer at a definite time, thereby encouraging decentralization and reducing the role of distribution companies and retailers. At present, the technology is only in the pilot stage and may take a few years to achieve universal acceptance. Significant resistance is expected from DISCOMs who may not like to see their high paying customers switch to energy trading. Moreover, the development of this infrastructure within high-density areas with limited rooftop space may not be financially viable.

India has already begun experimenting with P2P energy trading. BSES Rajdhani, in collaboration with blockchain technology provider Power Ledger, Australia, has created a solar oasis in Delhi’s grid-connected residential hub of Dwarka. The pilot project comprises 300 kW of solar power plants which services a group of gated communities. During the trial, residents with rooftop solar infrastructure were able to trade a total of 25 MWh of energy with their neighbors as well as with higher tariff commercial customers, minimizing the amount of energy that was spilled back to the grid.

Electric Vehicles (EVs) can use their batteries as decentralized storage systems for excess power when not in use, which can be fed into the grid through the vehicle-to-grid (V2G) technology. EVs charged through solar-powered charging stations when combined together can integrate a considerable amount of renewable energy into the grid to help balance the load during peak hours. EV owners can be compensated in the form of direct payment per unit fed into the grid or through preferential EV charging tariffs. This bi-directional flow of energy can be especially useful when utilizing the time-of-day concept – EVs can use solar power to charge during the day and feed it back to the grid during the night. However, unless EVs scale up to the point where large amounts of energy can be stored in the batteries, V2G technology will remain a distant dream. Moreover, given the payment track record of cash-strapped DISCOMs, feeding energy into the grid may lead to financial turbulence for both the DISCOMs and the EV owners.

So far, research projects are underway in India to establish a proof-of-concept for the V2G technology. A simulation was carried out by The Energy Resources Institute (TERI) in Delhi to determine the utility of the V2G model in peak shaving, demand response, and demand-side management. The lessons learnt from the simulation suggest that the V2G model can be a viable option when combined with a financial incentive provided to the owners for feeding back units into the grid. With the increase in EV penetration across consumer segments, the V2G technology could help shave off peak load within small residential communities in the future, thereby reducing the load on the grid.

Carbon capture utilization and storage (CCUS) or carbon sequestration have been around for a long time. However, it has found another lease of life with technological evolution and the introduction of direct air capture technology. CCUS, an auxiliary technology to the two primary streams of mitigation and

adaptation to decarbonize the environment, also improves energy reliability. At present, the technology is in a nascent stage with only 26 CCUS facilities capturing around 36-40 million tonnes of carbon dioxide per annum globally. In India, there are only four facilities wherein carbon dioxide is recovered from the combustion of industrial flue gases and used to manufacture by-products.

India has a potential for carbon storage ranging from 5-400 billion tonnes of carbon dioxide, mainly in geological formations. However, limited research and development on technical and economic feasibility, high capital and operational costs, and lack of regulatory/policy framework hinder market development of CCUS technologies in India. To address the R&D challenge, the Department of Science and Technology has established a national program on carbon dioxide storage to support research, development, and demonstration projects in 2020. It is also providing grant-in-aid support of up to $0.29 million under its Accelerating CCS Technologies (ACT) initiative. In the near future, industries are expected to lead the deployment of CCUS technologies with the increased focus on de-carbonization and net-zero pathways.

India has set a target of reducing the emission intensity of the economy by 33-35 percent by 2030 from 2005 levels under the Paris Agreement. Transitioning towards a clean and green economy requires an ecosystem-based approach with an emphasis on creating an enabling policy and regulatory framework, developing innovative financial instruments, and enhancing market demand and supply. The government has implemented various fiscal and financial assistance policies for generating power via renewable energy sources, improving industrial energy efficiency, and introducing electric vehicles for both private and public transport. However, there is limited focus on the development of new and innovative technologies through private sector engagement. Furthermore, between 2019 and 2020, the share of early-stage financing deals in the clean-tech sector fell sharply as compared to other sectors. To steer growth in clean-tech innovation, the government launched a global initiative, the ‘Mission Innovation CleanTech Exchange’ in 2021. This aims to drive global investment in research and development, demonstration, and commercialization of innovations in the clean-tech sector by catalyzing public-private capital. That said, there is a need to implement innovative financing approaches such as blended finance or rebates and incentive mechanisms as well as to provide scale-up financing for the commercialization of novel clean energy technologies.